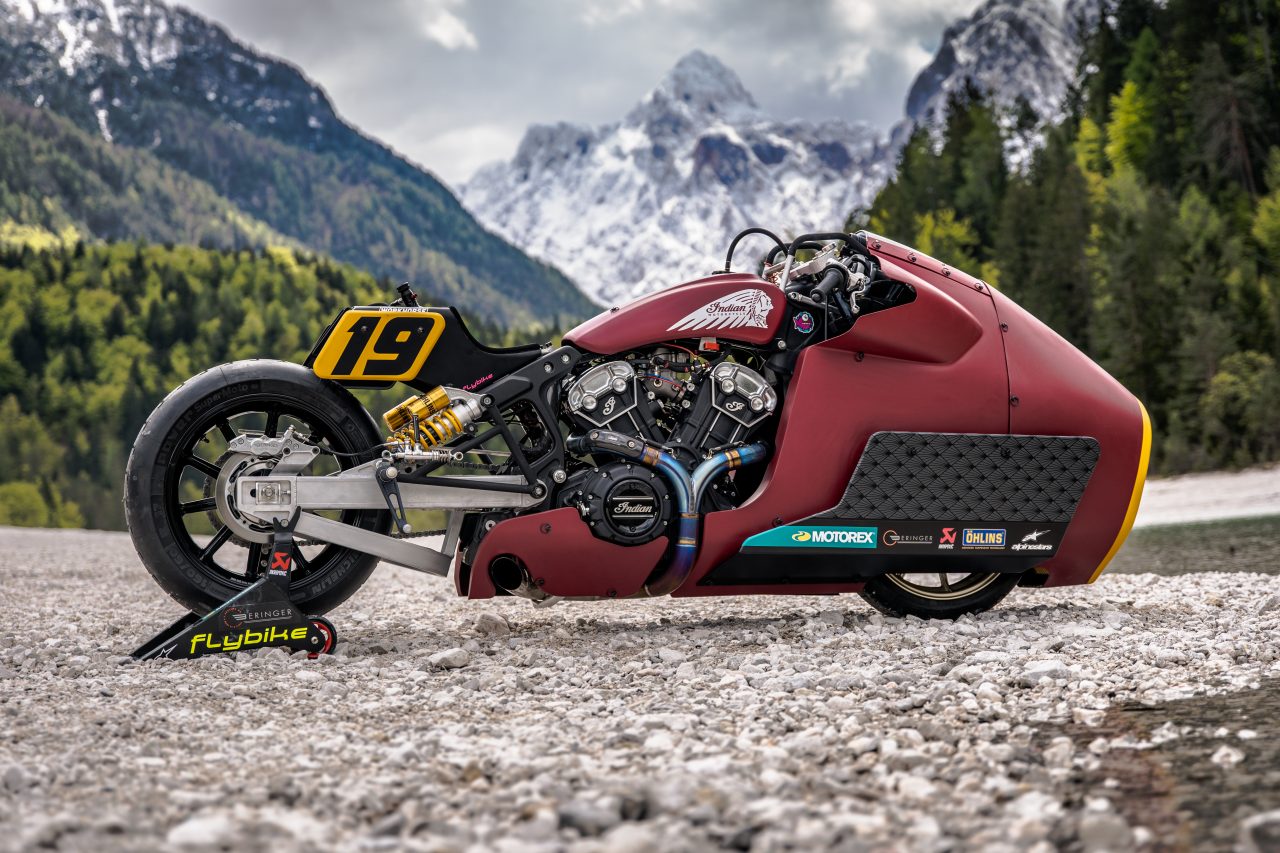 This year, the Indian Scout is celebrating its 100th anniversary. For this occasion, the American manufacturer has developed a racing machine with a Grand Prix star on its handlebar: Randy Mamola. Starting from the base of a Bobber Scout, Brice Hennebert of Workhorse Speedshop created this « Appaloosa ». No less than 700 hours of design and assembly. Major modifications have been made to the motorcycle, particularly to the chassis, including the rear buckle, swing arm and steering column. In terms of rear braking, he opted for our 4D system, which consists of 2 ø230 discs and a 4-piston caliper. The Appaloosa is entered in the Sultans of Sprint championship in the Factory category for the three European events of which it is composed.