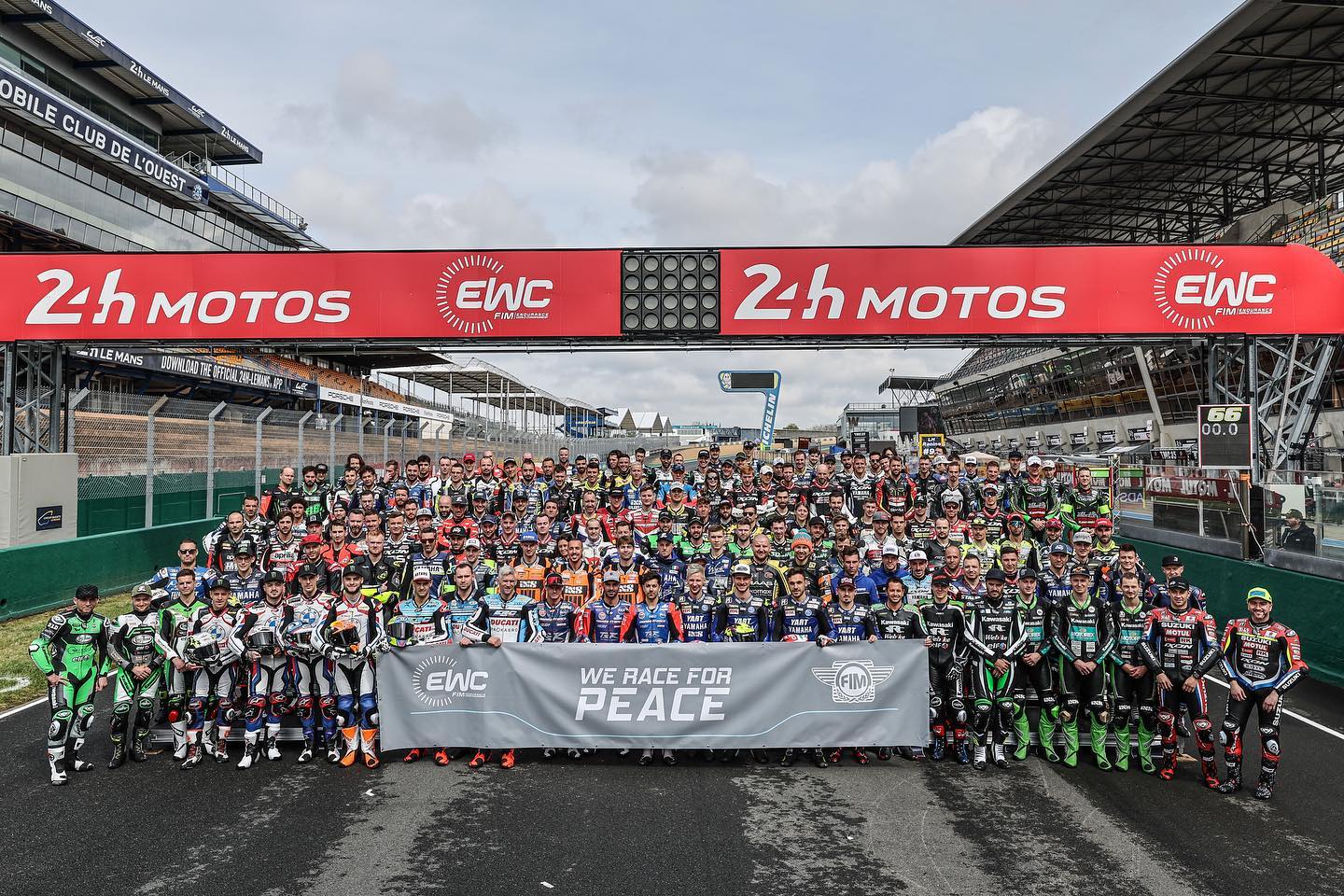 The years go by and they are not the same. After two years behind closed doors, the Bugatti circuit was once again able to welcome the public for the 45th edition of the 24h of Le Mans motorcycle race, a race that was full of twists and turns from the start. The flag was lowered for the 52 machines entered, the pilots ran, started their bikes and left for a frantic 24-hour race. But not everything went as planned for some bikes: on the side of the official Yamaha, the bike had again difficulties with the engine starting. This caused it to lose precious seconds. While just behind, an impressive collision involved the Yamaha #96 of Team Moto Ain and the BMW #74 of Seigneur Motorsport Team Mont Blanc. A first exit (of the 5 during the race) of the Safety Car which stopped the race during nearly 15 minutes. After 24 hours of driving, crashes, repairs, refuelling…, it’s the Suzuki n°1 of SERT which crossed the finish line, followed closely by YART and Honda n°5.

And what’s about the motorcycles equipped with Beringer brake.

Starting in 11th position, the Tati Team mototrcycle made a very good start and completed the laps of the Bugatti circuit with regularity. But, a few minutes before the 8th hour of the race, Alan Techer finishes his lap by pushing the bike due to a fuel failure. The bike went from P6 to P13 and didn’t earn the bonus points distributed in the 8th and 16th hour of the race for the top 10 bikes. A first disappointment for the team which had made a faultless start of the race.

An hour later, the #4 Kawasaki had to take the bike into the pit, this time due to a fuel pump problem. After a great job from the mechanics team, the bike starts again and is in the middle of the pack in P22.

Despite these hard knocks, the riders picked up the pace and the team of mechanics/technicians carried out very effective refuelling. The rest of the race goes on without problems, the bike goes up hour after hour in the ranking to cross the finish line in 11th position overall and 5th in the EWC category.

As usual, the Kawasaki of the Swiss team made a very regular race. Starting in 23rd position on the starting grid, it managed to climb back into the top 10 after only 6 hours of racing. Without any problems during the remaining 18 hours, a regular speed and good refuelling allowed the machine to keep its position throughout the race until crossing the checkered flag. They finished the race in 8th position overall and 4th in the EWC class.

After half-hearted practices, the Yamaha #65 started the race in 34th position. Geoffroy Dehaye makes a very good start which allows him to gain 2 places in the classification. The relays follow one another and the pilots realize a beautiful race while the team of mechanics makes good refuelling and wheel changes. The mototrcycle climbs little by little in the ranking to reach P21 after 6 hours of race. But on Sunday at 6am, after 15 hours of riding, the Yamaha’s engine broke and the team had to abandon the race.

The 24h Motos race is a new challenge every year for the BMRT 3D Maxxess Nevers team. After machines destroyed by a fall and by fire during the 2021 pre-Mans tests, it’s the turn of one of the pilots to suffer the bad fate. Indeed, during the night tests, a bad fall of Julien Pilot forces him not to take the departure. The team has then less than 48 hours to find a new pilot. It’s Loïc ARBEL, 4th pilot of the Tati Team who offers himself and joins the BMRT. It was an opportunity for this young pilot but also a challenge: he is going to realize his first endurance race on a motorcycle which he doesn’t know. The team, champion of the SST category in 2021, takes the start of the 24H du Mans race in 19th position.

Shortly after midnight, after 9 hours of racing, the bike encounters problems requiring the intervention of mechanics. This first pit stop made the bike fall from 7th to 21st place.  But the team doesn’t admit defeat and the pilots set off again to make up for their delay. At the 18th hour of the race, the bike is back to the 12th position, a feat knowing that it is a first endurance race for 2 of the 3 pilots! But on Sunday noon, 3 hours before the end of the race, the bike encounters again an exhaust problem which requires a new pit stop. However, they finished the race in a very good 12th position overall and 7th in their superstock category.

Congratulations to all participants! Get ready, prepare your bikes and we will meet again on June 4th and 5th on the mythical Belgian circuit: SPA Francorchamps for a new 24 hours race.