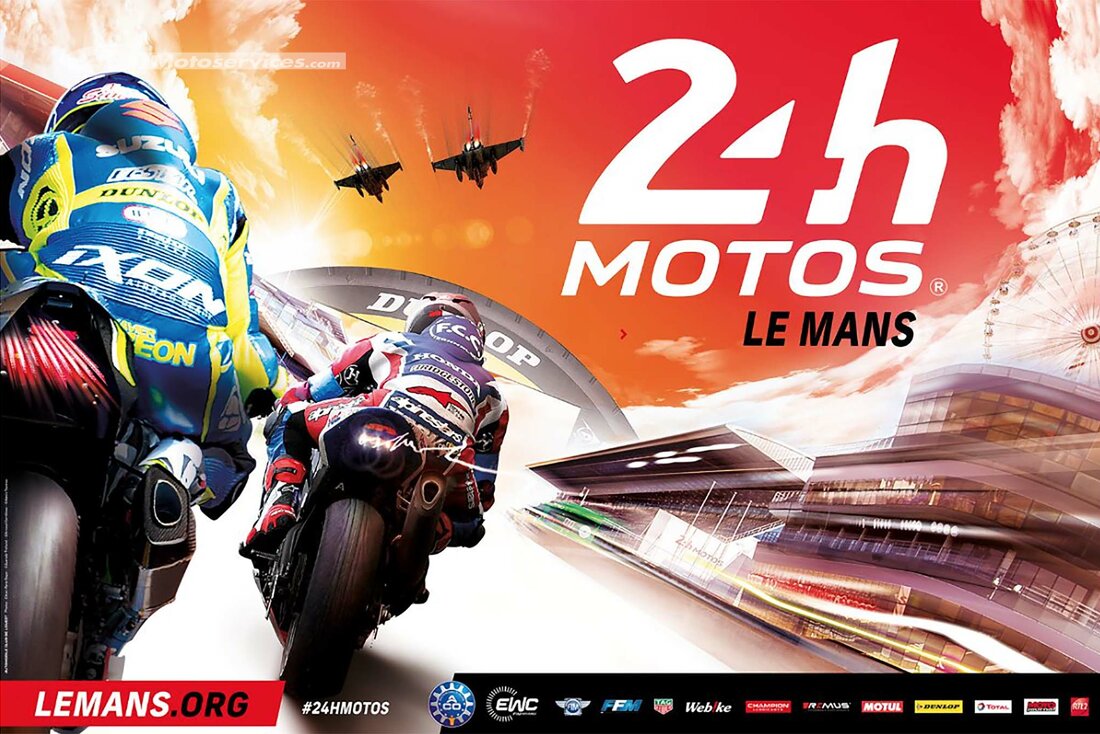 The “24h du Mans” was a tense race except for the SUZUKI #1 Yoshimura SERT Motul who made a perfect race: Started in 1st position, the team finished in this same position 855 laps and 24H later!

For motorcycles equipped with Beringer brakes

Our motorcycle, the KAWASAKI #4 TATI TEAM BERINGER RACING, after great result during practice, starts in 4th position, after a few laps it moves up to second position and then even to 1st position at the first hour! The first relay was perfect and the bike stayed in the leading group, things changed in the 3rd relay for Julien Enjolras with a fuel valve leak, followed by a crash, then a second crash. The team quickly fixed things, the bike was operational again and went on to complete regular 35-lap in 1’37 every lap!

Alan Techer even establishes the record of the lap with 1’36”743 ! The demonstration is made that the # 4 is clearly one of the best motorcycle of the championship.

Unfortunately, new damages come to worry the team, the engine overheats in an incomprehensible way. All is checked but the cause isn’t identified. Sebastien Suchet falls heavily following a high side. The bike is damaged and the pilot is well shocked, the decision is taken to give up around 22H30.

Team Bolliger #8 had an emotional weekend. After a 19th place during the qualifications and handicapped by a limited electronics and insoluble problems of clutch on the Kawasaki, the team makes an exemplary race to finish fourth place. But the first 4 machines are inspected by the commissioners and the #8 is disqualified because of a tank capacity of 24.4 liters instead of 24 L maximum.

During the first qualifications, a heavy crash put one of the Yamaha out of action, the team decided not to participate in the 2nd qualifications to save the second and only bike. It was a wise choice because after starting in 30th place, they finished the 24 hours of Le Mans in 12th place overall and 8th in the EWC group. The whole Motobox Kremer team showed a very good performance for a race of this magnitude.

BMRT3D #24 had a very nice race almost without any trouble. After a race start in P17, the bike follows a regular rhythm. A change of fork in the 4th hour and 2 crashes in the night make them go down in the ranking. But they were able to hold on and gradually climb up the rankings to finish these 24H with an incredible 5th place overall and 2nd place in the superstock class (SST).

Team Space Moto #73 also had a great race. Very few mechanical problems and no crashes of its riders. A regular rhythm which allows the pilots to gain places at each relay. Starting from the 42nd place, they finish at a very honorable 14th place overall and 6th in the SST category.

After qualifying and night practice, the #23 Univers Racing BMW started the race in P35. Although in full recovery at the beginning of the race, the bike encountered slight technical problems from 10pm. Unfortunately, a major electrical failure forced the team to abandon the race.

Congratulations to all the teams, drivers, mechanics and staff for this fabulous edition!

Conclusion: BERINGER brakes approved by the best to last 24 hours!